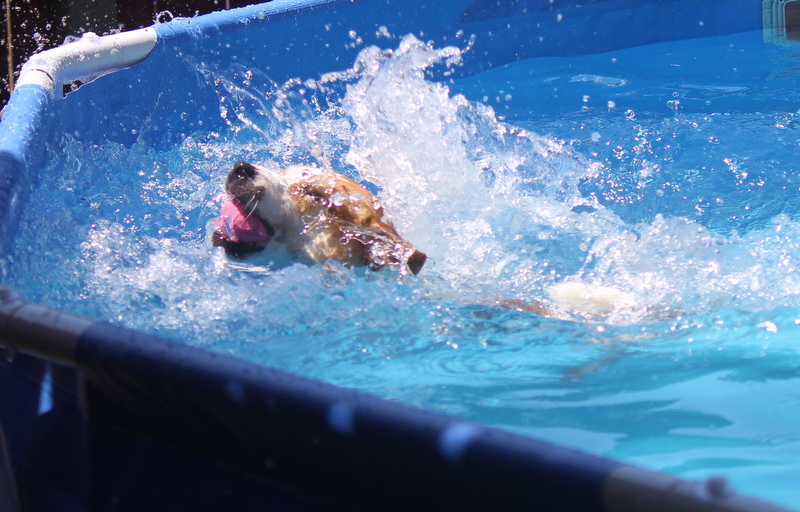 A while ago I was lying in bed, all my joints were burning with pain, and all my muscles were aching and feeling so horrible. I laid there thinking about the Fibromyalgia diagnosis my GP had given me, and was also thinking about how I’d read online that other conditions can also cause Fibro like symptoms, including a thyroid that is not quite right.

So I got out the computer, because I couldn’t sleep for the pain, and started to read. I found out that I could order my own lab test by myself, and decided to do a full thyroid panel. I’d asked my doctor to do a thyroid test years ago, and when she ran my blood, the only thing she ran was TSH. Which, I have since found out, is typical for mainstream general practitioners.

I don’t have a super strong personality and I’m not great at standing up to people, especially doctors, so I paid for the test online. It had me make an appointment with a local blood-draw lab, so a couple of days later I went in for the appointment and had my blood drawn. Three days after that I received my lab results in an email, lickety split, wow that was easy!

So with thyroid lab results in hand, I attacked the internet. And oh wow, there’s a ton of information about there about thyroid levels! I found out that TSH is a pretty meaningless measurement. TSH is produced by the Pituitary gland, and it’s a signal that tells the thyroid gland to produce, or not produce, thyroid hormones. In theory, if your thyroid is super low, your TSH will be super high, telling your thyroid to produce more. And Vice Versa. However, it seems most of the time the TSH does not accurately tell the thyroid what to produce.

Instead, a person needs to test, among other things, their Free T4, Free T3, and Reverse T3. Without going into super detail about these numbers (if you want more information about them, go here). In short, the cells in our bodies use T3. T4 is converted into T3. And RT3 is telling our bodies to stop using, or producing, T3.

So… the important number is really T3. And my T3s are super low! Which makes me hypothyroid, because my cells are not getting the T3 hormone that is so important. And when that happens, pain, misery, and just awfulness can result. (For a big list of symptoms, you can go here.) I also have a very high RT3, which is telling my body to stop producing T3s, which is messing me up in another way!

Also, I have Hashimotos. This means that one of my thyroid antibodies, in my case TgAb, is very high. This means that my immune system is attacking my thyroid. And that’s not good either! (For more about Hashi’s and the symptoms, go here.)

So, how does this all relate to dog sports, like my blog is geared to? Well… let me tell you. After I do a three day weekend of any sport, I am miserable for about two or three days afterward. So miserable that I pretty much sleep for the first two days. My body aches, I’m exhausted, and I feel rotten. And if I had Fibromyalgia, there’s really no cure for that. But, I probably don’t! I have thyroid issues that cause symptoms like FMS, and thyroid issues CAN BE TREATED!  So I actually now think maybe, just maybe, dog sports won’t totally take me out in the future. I have some hope!

After I scoured the web for a week or so, I debated what sort of doctor I wanted to take my test results to. I considered going back to my regular GP, but then thought why, would I have to fight for the T3 meds that I’m learning that is what I need? I could go see a new endocrinologist, as they deal with thyroid issues, but what if I encounter the same brick wall? So I read more online and found a Naturopath near where I live that received some great reviews from others suffering from thyroid issues. I made an appointment with the Cameron Wellness Center and went in.

I really like him! He explained more about T4s, T3s, and RT3s, and immediately put me on T3 medication (Liothyronine). Wooo! Exactly what I wanted. And he even seemed happy that I had educated myself! I get tired of doctors who groan and moan when I go in and say I read this and that… he was actually happy about it. How is that for a nice change!

So I started taking the meds… but let me give you some advice. 🙂 Don’t start taking a new medication the Thursday before a three-day agility trial! I took too much initially, and by Saturday, I was buzzing and flying and feeling quite odd! And of course, since it was a weekend, I couldn’t call and ask what to do. So I cut my pills in half and on Sunday took 1/2 a pill. They are 5mcg pills each, so I took 2.5mcg. A couple of days after that, I was feeling much more normal. Though over the next few months I will be increasing my dosage slowly, each week, until my symptoms go away. I am still not completely convinced that I will get all better and have no more symptoms, but I have hope. And hope is good!

So… in order to keep this post from taking a whole day to read, I will stop now. I’ll post later about other things my NP found in more blood work. And what’s going on with my meds and my symptoms and how I feel. And while this is not really dog related, this is my blog, and I feel the need to talk about this journey I’m now going to be having with my thyroid issues, as well as other things. Hormones, wow, what a big difference they can make!

I also stuck in some pictures of my dogs in the pool in our yard, because hey, they are having such a great time, and I love summer, and I love seeing the dogs have a blast in the pool!

One thought on “The Handler is Hypothyroid and has Hashimotos”